Members of the Gloomgärde that successfully completed the Crypt of the Damned.

The Crypt of the Damned was attempted numerous times with various groups (I don’t remember), but finally was defeated with Mürus and Flower (played by John). Mürus was thrilled to have his best friend tag along.

Mürus trained (level 2) and learned how to infuse the battlefield with Sentient Growth to simultaneously attack his enemies while healing his friends. He also purchased a Minor Potion of Healing.

You are out in the Ward of Scales when you see a crowd of people forming to the south, growing louder and more dense by the second.

As you approach, you see through the angry mob a terrified Vermling being pulled in your direction by a group of gruff men.

“Dirty thief!” a woman next to you screams. “String it up!”

Glancing behind you to where the crowd appears to be headed, you see a disused gibbet in the market square.

You kindly entreat the crowd to back down, and when that doesn’t work, you resort to force. No one seems happy that you stopped the hanging, but it was the right thing to do. (Lose 1 Reputation)

Mürus thinks to himself, if his friend Flower was there, she would have probably been able to calm the crowd with some magic or something.

You come across a group of brow-beaten Inox trudging down the path in the opposite direction as you. Some are pulling carts laden with various miscellany, mostly furs and crudely crafted goods. The rest have armloads of much of the same.

It is obvious that this is everything the Inox have – their life’s worth in their arms and wagons. They are covered in what appears to be soot.

The shaman at the head of the group calls to you “The beast awakens! the mountain is aflame! Beware you do not anger it!”

Looking to the horizon you can see black smoke rising from a far-off peak. 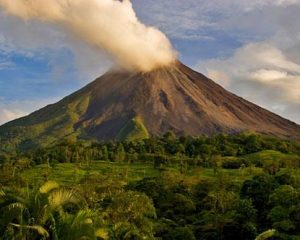 The Gloomgärde decides to [a]id the Inox with what they are carrying.

You take pity on the disheveled group of Inox, forced from their home by a natural disaster. you travel with them for a time, treating their wounds and helping to lighten their loads.

The Shaman thanks you and hands you an amulet. “We can’t return to our homes until the Beast rests. I fear what this may mean for us all. I hope this keeps you safe.”

Crypt of the Damned 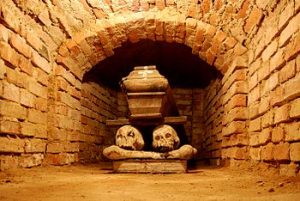 The bandit commander’s proclamations of a “Gloom” do not sit well in your stomach as you search the bend in the Still River — something here holds an interest for these maniacs.

You are somewhat surprised to find the ruins of an ancient crypt half-covered in moss and ivy. The history of this place is old and dark. With no other information to go on, you head down into the depths. Whatever these supposed bandits are up to, you’re determined to find out, even after you stumble across a large group of them and more animated dead at the bottom of the stairs.

“You’ve made a mistake coming here,” one of the bandits hisses. You disagree. You are right where you want to be.

Mürus & Flower make quick work of two skeletons, a few bandit archers, and a couple of crazed cultists. Mürus bashes in a door to another cultist and some wind demons, while Flower…

You bash in the door, thinking you are prepared for anything. Before you, however, stands a creature of pure elemental energy, enraged and demonic. It takes you a second to collect yourself. As if animating the dead wasn’t enough for these lunatics.

After bashing in the door, Flower backed into the hallway to buy some time while Mürus stood at his doorway fighting back the onslaught of cultist and wind demons. While the Earth Demon lumbered closer, the cultist and wind demons were defeated. Mürus exhausted himself dealing some damage to the Earth Demon, enough for Flower to finish it off with hit and run tactics.

Shortly after, Flower woke up Mürus and they reveled in their success.

It is clear that you have disrupted some sort of ritual here. These elemental demons belong on an entirely different plane of existence, but the cultists have somehow managed to pull them through to this one.

On the altar in the back room, there is a wealth of scribblings on these rituals. Not all the writing is intelligible, but you get the sense that this crypt is a place of power once used by an ancient civilization. The ancients tapped the power of the elements to enhance their own lives, and while their exact fate is beyond your knowledge, it clearly didn’t end well.

Among the scripts you also find notes on a couple of other places of power in the area. One appears to see heavy use with the cult and the other is marked as being overrun by vicious undead. It looks as though you have opportunities to either disrupt more of their work 5 or get in their good graces by helping to clear out a threat.

Mürus scratches his rocky head and asks, “We should probably stop them, right?”

“Umm… yeah, obviously,” retorts Flower. “But not until we go explore that Sunken Vessel on that treasure map you showed me.”