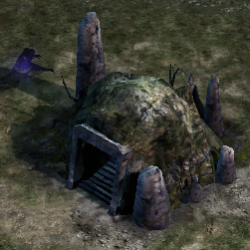 Spoilers (Scenario 02. The Barrow Lair) The Gloomgärde Notes The Barrow Lair took more than a few attempts. Mürus tried it at least once with his only friend, Ingen. He really wanted to bring along Flower, but something about it being too late kept her from joining. Not able to defeat the enemies in the lair Read more about The Barrow Lair[…]