Before I get to telling the story of my play-through of the board game Gloomhaven I want explain a little about how excited I am to finally be playing a board game that actually has a running narrative. Gloomhaven is a board game that tells the story of a mercenary troupe, an adventuring group, or whatever you want to call it that tromps around the world of Gloomhaven doing good (or bad) things that actually have an impact on the kind of things that can happen later in the game and in future play sessions. That sounds awesome!

In these posts, I want to chronicle the story of the Gloomgärde, a mercenary troupe trying to make ends meet and do the dangerous jobs no one else is willing to do.

I want these posts to be a linear progression of the timeline, where a reader can enjoy the adventures of the Gloomgärde without having to flip around in the various scenario books. That being said, at times, I will directly lift and, hopefully, properly reference text from the books. I will also try to start all posts with the potential spoilers for readers that may want to skip certain articles.

So read on and enjoy The Gloomgärde Chronicles 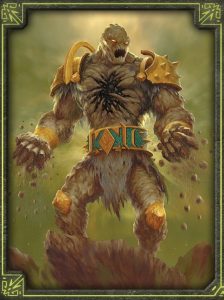 The Savvas value power above all else. This severe and exclusionary race has rocky, uneven skin except for their chests, which appear as smooth, thransparent glass. Beneath the surface of that glass is the manifestation of their power – energy cores fashioned from the elements they have mastered. Ice, fire, air, and earth – before a Savvas masters at least one of these elements and obtains its power as their own, they are considered to be nothing. Thus, from an early age, Savvas children study feverishly to gain mastery over a single element, typically spending 20 years of devoted effort to do so. Some Savvas have been known to live among other races, using their elemental mastery in one form or another, but this is largely frowned upon by the majority of Savvas as a base and primitive way to live.

There are many Savvas, however, who never attain the mastery of an element, and are exiled from the society, having no choice but to live among the other races or in solitude. Before a Cragheart is exiled, however, they earn their name by having their chest cavity marred and shattered, forever reminding them of their inadequacy. But Craghearts are not without their strengths. Even with no control or mastery, they still have an affinity for their native earth and can display great feats of strength with their rocky stature.

Mürus’ Retirement Goal
Fearless Stand. (spoiler alert! click for description)You’ve never been the biggest among your peers. In fact, all your young life you were bullied for being small and looking different. If only those bullies could see you now. it’s time to take a stand for the little guy. Step up to all those who think they are better than the rest and show them they are not. They will sleep in the dirt just like everyone else. — Kill twenty elite monsters to open Two-Mini class box. 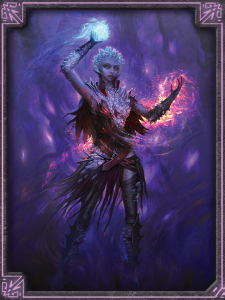 The Orchids are an ancient meditative race from somewhere across the Misty Sea. They view the happenings of the world through a detached perspective that their thousand-year lifetimes allow. For the Orchids, life is about spending the proper amount of time on thought and reflection, so that the right decision can be made at the right time without hesitation. Orchid have been known to get lost in thought for years, and during this meditation, crystals will begin to slowly grow on their skins. Since Orchids have little need for physical comforts and draw their sustenance from the earth, they serve little purpose in normal society. Many believe that the increased presence of Orchids in Gloomhaven in recent years is evidence of an approaching catastrophe.

Through deep meditation, some Orchids arrive at the conclusion that proper action requires not only thought and discussion, but also force. There are many physical threats to the Orchid society, and some are called to join the ancient order of Spellweavers – Orchid sages who are able to draw forth powerful natural forces and craft them into concentrated attacked. Some Spellweavers choose to remain with their society to act as guards against outside threats, but others choose to travel the world, destroying these threats wherever they find them.

Flower’s Retirement Goal
Abberant Slayer. (spoiler alert! click for description)Since birth, you have heard the story of a time long since when demons roamed the earth and preyed upon the weak. Your ancestors drove them back. you always thought this was just a story – until now. Demons are real, and it falls to you to continue the fight. — Kill one Flame Demon, one Frost Demon, one Wind Demon, one Earth Demon, one Night Demon, and one Sun Demon to open Triangle class box. 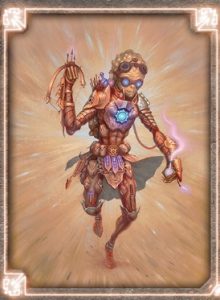 Because of their diminutive size, the Quatryl feel they have a lot to prove. From an early age, they are encouraged to study as much as possible about many different subjects. Though there are expert Quatryls in any field, they seem to have a particular affinity to allow them to build all manner of intricate contraptions to make life easier and augment their inferior physical strength. Though they are not numerous, Quatryls can easily integrate themselves into any society due their expertise in critical fields and their charming, graceful demeanor. Only a fool would shun a Quatryl’s offer to help.

The Tinkerer is a fairly common class of Quatryl to be found in a large city. They are experts in crafting all manner of gadgets and elixirs, and they typically make a living selling them to those wishing to indulge in the convenience these creations offer. There are more adventurous Tinkerers, however, who travel beyond a city’s walls, using all the tools at their disposal to brave the wilds in attempts to uncover ancient curiosities that may give insight into their research.

Ingen’s Retirement Goal
Augmented Abilities. (spoiler alert! click for description)Sure, Gloomhaven may not be the coziest lace, but that’s perfectly fine when it has so many other things going for it. Namely: Aesthers. You have never seen so many! There are even rumors of one in town with the ability to strenghthen a person through magic. With a little enhancement, you could excel at anything! — Purchase four enhancements (requires “The Power of Enhancement” global achievement) to Open weird circles class box.

Everyone needs to eat.

Whatever your reason for coming to Gloomhaven, out here on the edge of the world, that simple fact is never going to change. A mercenary can’t fight on an empty stomach.

So when Jekserah, a Valrath woman wearing a red cloak and enough gold jewelry to keep you fed for a decade, approaches you in the Sleeping Lion and offers to pay you ten gold coins to track down a thief and retrieve some stolen goods…well, it seems like as good an excuse as any to sober up and start paying off your tab.

“This thief has taken some important documents,” says the red-skinned merchant, her tail whipping about in agitation. “I don’t care what you do to him. Just bring back what is mine.”

Based on Jekserah’s description, it was easy enough to knock around a few alley thugs and get a location of the thieves’ hideout. You don’t find yourself as a mercenary way out in Gloomhaven without knowing how to crack a few skulls.

So your target is the Black Barrow. Sounds like a lovely place.