8:47 PM Connor Boudelaire receives a call. Sgt Telam from HQ – Incident at Italian restaurant Hester & Baxter in Little Italy. Heads down to the bar to pick up his partner, Leslie Devaul, who’s probably a few drinks in already so early in the evening. The two detectives take the train across town to The Cantivolla Serata restaurant.

The Details: Gunfight, earlier in the evening. Shootout between streetgangs. The restaurant is already secured. Seven injured have been taken to the Bellevue Hospital. Fancy restaurant on the northwest corner of intersection. Car parked out front. Gunshots heard.

As the two detectives leave the restaurant they’re hounded by reporters. Felicity Fickle from the Daily Herald asks, “was this street gang warfare?” Baudelaire doesn’t give any good answers. 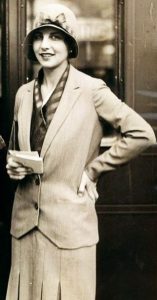 The two detectives pull an all-nighter to work through the clues. After a few Boudelaire falls asleep. Devaul continues flipping through case files for a few more hours before crashing in one of the unoccupied cells as Boudelaire already took the good couch.